The ability of the United States to maintain the U.S. shipbuilding and repair industry is an issue of national security. U.S. shipyards have a long and proud tradition of building the military vessels that are the foundation of our maritime presence in the world. 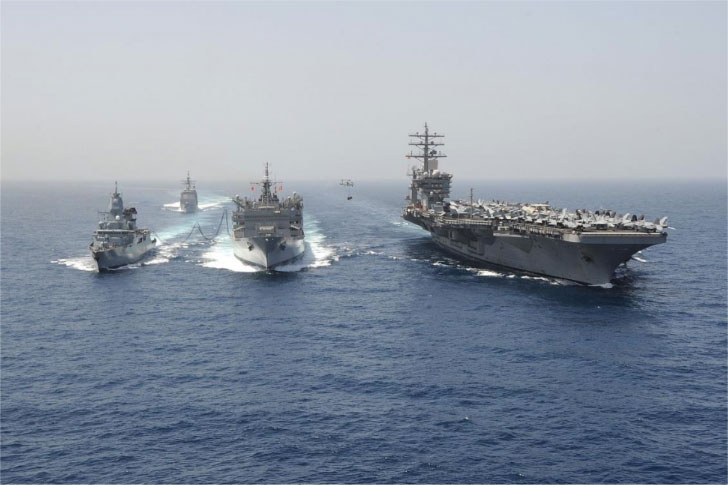 Delivering the Navy the Nation Needs

Executing this plan requires that United States maintain a robust industrial base. The shipbuilding industrial base and supporting supplier base continues to be a national security priority and must be reinforced and protected.

As the Navy ramps up to the “Navy the Nation Needs” of 355 ships, the U.S. shipyard industrial base stands by ready to build, repair, modernize and maintain these vessels. However, according to the Navy’s Long-Range Shipbuilding Plan for Fiscal Year 2019 noted that the “boom and bust” cycles of the last 60 years and its deleterious impacts to the health of the U.S. industrial base.

Despite these boom and bust cycles, the U.S. shipyard industry has continued to invest in its capacity, workforce and capability in order to ramp up to meet this demand.

A key component to maintaining our national security through the U.S. shipyard industrial base is the continued investment in private ship repair capability. SCA members support the maintenance and modernization of Navy and Coast Guard fleets and work to ensure an acceptable material condition of the ships our Sailors and Coast Guardsmen sail around the world.

The national and economic security of the United States depends upon the secure use of the world’s oceans. The oceans offer all nations, even landlocked nations, a network of sea-lanes and highways vital to security and prosperity. The world’s oceans are likewise both a barrier to and a conduit for threats to the security of people everywhere. Like all other countries, the United States is highly dependent on the oceans for its security and the welfare of its people and economy.

Back to Critical Issues

How to Become a Member

Become an SCA member to have access to the latest industry news, exclusive industry events, and shipyard safety and health information. Follow the link below to fill out your appropriate membership application.